MidAmerican Energy’s order of 448 wind turbines is the world’s largest order for onshore wind turbines. The order will equip five wind power projects, all of which are located in Iowa. The Des Moines-based power company’s request will provide a total of 1,050 megawatts of energy, enough power for 317,000 U.S. households. The project will create 1,000 construction jobs over two years and add 40 permanent jobs. 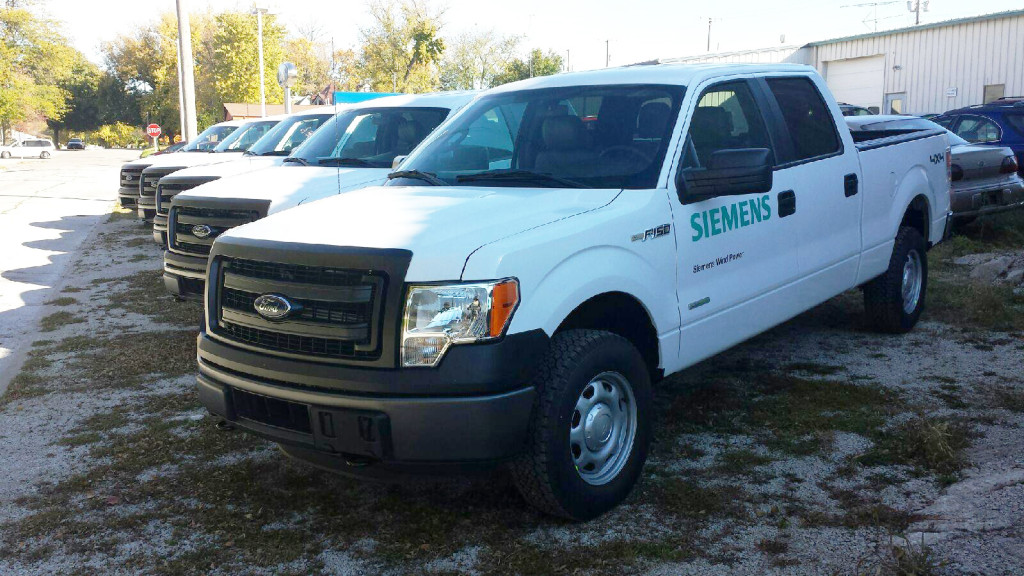 Rost Motor is proud to partner with Siemens in Fonda to help bring a new energy source to Iowa!

Read the full writeup below!

Siemens: MidAmerican’s wind turbine order is the largest ever

MidAmerican’s order will equip five wind power projects, all of which are located in Iowa. The Des Moines-based power company’s request will provide a total of 1,050 megawatts of energy, enough power for 317,000 U.S. households. The project will create 1,000 construction jobs over two years and add 40 permanent jobs.

The companies plan to mark the milestone with Gov. Terry Branstad this afternoon in Fort Madison, where Siemens has a blade manufacturing facility. Siemens will produce the nacelles at its Hutchinson, Kan., facility.

MidAmerican announced the $1.9 billion project in August. The company said last month that Siemens would supply the blades, nacelles and tower sections.

At a press conference this morning, Branstad said MidAmerican’s wind project is the state’s largest economic development effort in history, bringing needed jobs. “As a leader in wind generation, we welcome the opportunity to expand renewable energy,” he said.

“We’re continuing to work with our congressional delegations and others to try and continue that credit going forward,” Fehrman said. “It’s not clear where exactly that may stand, but clearly with regard to these projects, the benefit of the tax credit was very crucial to our decision to move forward with this project.

“The production tax credit, for us to continue to do projects going forward … would have to be in place.”

Branstad said the production tax credit needs to be continued “at least for some time.”

Siemens said the wind turbines each has a nominal rating of 2.3 megawatts and a rotor diameter of 108 meters. Siemens will also be responsible for service and maintenance of the wind turbines.

“Siemens not only leads the way for offshore wind power worldwide, we are also a very successful player in the onshore wind industry,” said Markus Tacke, CEO of the Wind Power Division of Siemens Energy, in a statement. “In Europe and Africa alone, we successfully installed more than 1 gigawatt in the last fiscal year. This new order from MidAmerican Energy once again highlights that we are one of the leading suppliers in the U.S. wind power market.”

Iowa is one of the leading U.S. states in wind energy generation. In 2012, around 24 percent of total power generation in the state was provided by wind power.

Siemens has already installed 1.2 gigawatts of wind power capacity for MidAmerican Energy to date. Including this new order, these wind projects will provide around 660,000 American households with eco-friendly power when they are completed in 2015.

Share on FacebookShare on TwitterShare on Linked InShare by Email